So that's a thought.  Imagine if young R & J had twittered their socks off throughout their great passion.  They could have become the new, new Kardashians, with their own reality series and everything!  OK, so there's an inherent contradiction in that the whole point of our star-crossed lovers was that they wished to remain a secret and one thing that's struck me about Twitter is how very, very public it is.  But just imagine....'Capulet party a blast, balcony less so' #scrappedshinsondrainpipes.  Wonder if they would have trended...

But back to reality.  In more recent weeks, I have 'engaged' rather a lot with Twitter and in some ways my 'engagement' has been quite the demonstration of the Theory of Planned Behaviour.  Work with me here.  Although all the kids, nominally my peer group - the subjective norm you know - are tweeting these days, it was nowhere near my own attitudinal norm which is that of cybernetically living the life of a recluse (I am medially social, but have privacy settings at paranoia levels).   There was also an element of limited 'perceived behavioural control', represented by my not being all that familiar with using 'the Twitter'.  Throw in a good dollop of the emotional appeal of pure, blind panic due to the fact that I had to get tweeting for my studies.  And voila, a twitterer is born!  And really, we're quite lucky to have front-row seats at the evolution of a new form of communications, so a few musings about the view so far....

The dislocated dream of social media - technology, society and does it really all come together?

Having sojourned in my last post, in the Easter-break inspired summer-frocks and sun-hats frippery of opining about pottering online, am now re-donning the hard-hat of theory and evidence to address the big questions on all matters social media.  In this case, addressing my long-standing bug-bear of technological determinism and social media.  To be clear, I think social media is A-mazing in terms of what it offers us and for many, the positive difference it's made to our lives and communities.

But (yes, there has to be one) there are many who wax lyrical about the almost utopian effect of social media on society.  Virtually positioning it as an unquestioned and potent agent of change, empowerment, flowering of democracy, overthrowing of tyranny and capable of creating a perfect place where the sun always shines and chocolate is non-fattening.  T'aint always, necessarily so.  Therein gentle reader, lie the structural issues of education, infrastructure, economic development, power and plain ole fashioned adapting to the new offerings.  That then, is the the subject of this post's rant, er, reflections.

In praise of wasting time online....reflections on pottering about on social media. 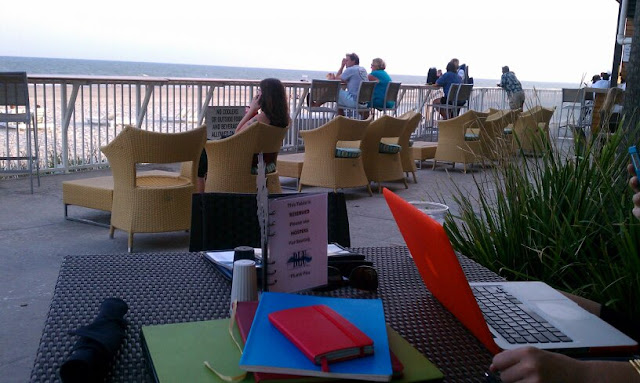 Picture it if you will.  An unexpected day of leisure, not a care in the world (or at least ones you can't throw a blanket over, shut the door or just plain ignore), no particular plans or obligations, everyone else is occupied, kettle boiled and a pot of tea awaiting.... what is one to do??

The electronic panopticon....privacy and our lives online, part two

In my last post, I started sounding forth on the messy, complicated, work in progress issue of privacy and our lives online.  I found that there's a whole lotta, quite valid, reasons as to why we want privacy online and that it seems, we're still figuring out what are the boundaries.  For a big finish, I drew on the work of Foucault and the 'panopticon' effect of the constant surveillance that social media suggests and how that can affect us.  In this final post on privacy, I want to look at our right to privacy, how might we begin to define privacy for social media and what the implications can be for PR and public communications practice.

The electronic panopticon...privacy and our lives online, part one 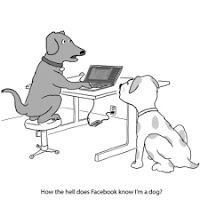 Bugger off!  That's pretty much my first impulse after having delved into the world of social media, data collection and privacy.  That and a driving desire to to close down my social media accounts, shut-off the computer, turn out the lights, lock the door and vow Never To Go Online Again.  I've officially given myself the the creeps.  Smidge over-reactive perhaps?

So what is the deal with privacy and our lives online?  Do we electronically reveal all, glance coyly above our delicate fans or don the modesty jacket over that strappy sundress, otherwise Great Aunt Harriett will never let up throughout Sunday lunch on Standards Today.